Why “Men are scum” will always be generalized

Summary What is a scum, who is a scum, men are scum, meaning of scum, definition of scum, gender war, social media 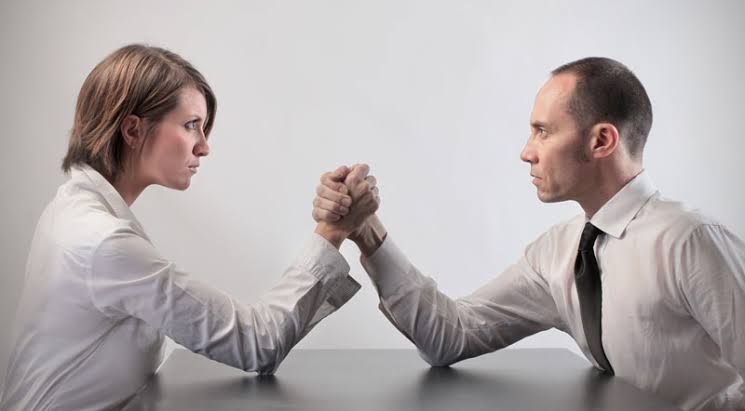 What does it mean when someone is called a Scum?

A scum in terms of referring to a person is a low, vile, or worthless person or group of people.
Now why is this particular word being used to generalize all men?
For a couple of years now, there has been a war between the Male and Female gender . Some could even call it a “Gender war”. No one actually knows when it started or What instigated it. Some could even say it started based on discrimination between genders ,but these so called war has been going on for a long time .Some even think that it was part of the things that gave birth to “Feminism” .
These days people hardly trust anyone based on what they see or have seen on social media. Social media refers to the means of interactions among people in which they create, share, and/or exchange information and ideas in virtual communities and networks. Social media which is  a platform has influenced this so called Gender war and it keeps influencing it everyday.
Many people have different perspectives to this so called “Men are scum” topic . People have their beliefs and opinions to it and also what social media tells them[Like I said , Social media plays a major role in this].
In my opinion, the rapid trend about men being scum initially started because men don’t totally share their problems on social media . For example , when guys get cheated on or heartbroken ,they usually don’t go on social media talking about it because at the end of the day they get judged for whatever they say most of the time ,but sometimes it can be vice versa. From the dune of time , society generally expects that has a guy/boy/male, you should always “man up “ to every situation that comes your way . Society doesn’t even give men the opportunity to vent when they need to . Some assume that has a man , you should always be strong and fearless .
For the female gender, it’s not exactly the same . For example when girls get cheated on or heartbroken, a lot actually go out on social media to vent or talk about how guys are liars and cheats and mostly just generalizing all guys like that instead of blaming the so called guy or guys that did all that.
Now the rate at which this happens on social media ,makes it difficult for guys not to be generalized as scums even if it’s both genders that actually lie , cheat and do all sort of atrocities to the opposite sex. So as long as these so called Gender war keeps going , men will be generalized as scums.